Good morning all. Time for a coffee and a chilled read!

In last week’s post I talked about buying a trike bike as a way of getting some fresh air! Well, the excitement has accelerated. Those who know me, will understand that once I get an idea in my head, I go for it!

I am now trying one this Sunday. Very excited, and don’t know why I didn’t think of such a device before. But to be honest, Ray Spooner who has MND and cycled across the USA on one, has inspired me. Strangely when I asked Ray about his trike, he told me it was built by a Cornish company, ICE Trikes, here in the UK! What a small world. I just hope that I do have the strength to use it in anger.

My mind is racing, and research completed. This beauty is probably the most suitable, in Evil Black of course!

But also, this one looks exciting, and a bit crazy. I might be able to use it on Jean’s walks with the dogs over the golf course! It’s called the ICE Full Fat!

So if I acquire this contraption, where does one store such a bike? Our shed is full, it’s not going in the pine cabin, so we need new storage. Well, it looks like an opportunity to buy some external storage containers! Yippee, more Amazon shopping! And of course, there is the clothing. Suitable budgie smuggling Lycra, ridiculous hat and glasses!

Cycling used to be a big pastime of mine and for many years I commuted to work by bike. As any cyclist will confirm, falls and scrapes are part of the deal. One scrape was being stopped by a police woman, as I cycled through a pedestrian area at 6 am! She gave me the third degree. What harm was I doing, there was no one there? She just told me that my name was going in her black book, and if it came up again I could explain to the magistrate! A bit harsh I thought. I had to admit, I thought she might have been a stripogram! There was also the case of another policewoman who used to jump out in front of cars with a speed camera in Havant at night. She also gave me a strict telling off. Was she real?? I am a bit worried about that black book though. Why did she need my inside leg measurement?

My best cycle fall happened when I was about 17. Three friends and I were going to France to pick fruit for a summer job! Our plan was cycle to the railway station in Portsmouth, get a train to Dover, catch ferry, catch train to Paris, cycle across Paris, catch train to South of France. What could go wrong?

John Wyncoll, you will remember that day and the trip?

Simple plan huh, and we should be comfortably on the overnight train to the south of France by 10 pm.

We all had ruck sacks on our backs, and started the cycle to Portsmouth station. The ruck sacks were the old frame type, with protruding poles!

So off we went at about 10 am, cycling in precision formation, whereupon we faced our first challenge, a milkfloat blocking our way. 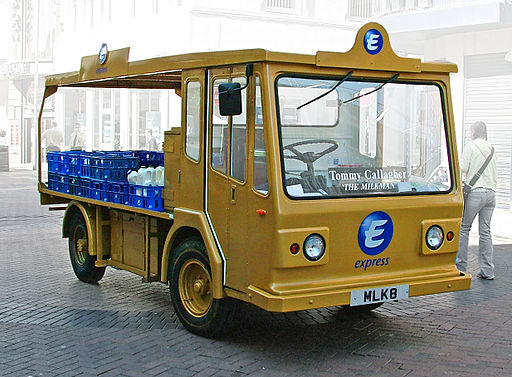 Overtake, easy. One by one my friends went safely past, and then it was my turn. Easy peasy; look, signal and manoeuver. I swept past the milkfloat. Unfortunately, although I elegantly made the move, my rucksack was not so cooperative. I went just that bit too close to the speeding milk transporter, and one of my pole tops snagged nicely on the frame of the vehicle!

The result, an immediate halt for me, a continuing bike, and a rough painful landing.

Pride severely damaged, 4 miles into a 600 mile journey and a massive oozing graze on my arm, I wanted my mum! Picking peaches was the furthest thing from my mind. But no, I had to carry on. The lads wrapped my arm in toilet paper, and we continued on. We thankfully made the train and the journey proceeded well until the ferry. If I remember correctly, the boat was delayed and we ended up arriving in Paris at about 10pm. Our tickets only allowed travel on certain trains, and we had to get from Paris Gare du Nord to Gare de Lyon in 25 minutes to catch the last valid train of the day. Easy! Those of you who know Paris, or more importantly French driving techniques, (unfortunately the European Road death rate for France is still twice that of the UK) know that cycling across Paris at night is probably on the list of completely mental things to think about, let alone attempt.

We cycled, on a Saturday night I think it was, through Paris, and around several of the notorious Parisian roundabouts (rotaries).

Fortunately, my ooze had set, and I was up for it. We went like crazy, but arrived too late. We were students with not much money, and for some absolutely insanely bonkers reason we decided to sleep on the station forecourt! Not that I would like to cast Paris as a dangerous place, but this was Paris Gare de Lyon station after midnight! Rather like sleeping in a war zone. I don’t think any of us would do it now. I remember being woken up through the night by people trying to rip our bikes off of their locks. Somehow we slept and all woke up alive!

If there had been trip advisor, I might have written a review.

Talking of trip advisor reviews, I do wonder what planet some people live on. Often when reading about a hotel, the reviews are pretty consistent, but there is always the odd one that seems to have been written by a complete nutter. For example:

6 star hotel! I would rate this hotel at only 5.5 stars! What has happened to exclusivity! Not only did I bump into a friend from my yoga club, she also claimed that she had been visiting since 1995!

Talk about poor service. We arrived, out of the blue, at 11pm without a booking, and when told there were no rooms their best advice was to go to the hotel opposite where they could arrange a free room, and a free week here when we next come! Disgraceful! Absolutely unbelievable!

They also arranged a celebrity to have dinner with, to try and calm my anger. Well sorry, Brad Pitt is simply not good enough, especially when I saw someone having dinner with Timmy Mallet!

I am simply too stressed now to go to my Yoga class.

Last weekend, the British weather held off its typhoon nature for a day and allowed for new decking and a ramp to be built for our Pine Cabin Office.

Wicked! Note the lack of safety barriers on ramp. This is a sporting ramp!

Finally, great news. We have found Lord Lee Bragg in 1999! He is running a cookery school in the countryside following his notorious ownership of a Vegan restaurant, “The Stuffed Beaver”. He was forced to close down owing to the excessive meat content of the roast bean soufflé. We will be sending a time travel crew back to the last millennium to get another interview in a few weeks.

Next week a serious post on the subject of how MND disease is actually measured and monitored. You will be shocked.