Good afternoon. Wow, it does look like the weather has gone bizarre. Hot and then very wet! No complaints from me with the hot weather. Of course, staying hydrated is vital in the heat, and with MND/ALS we are all advised to keep up that hydration.

Like everything, I always take it literally, and pour glasses and glasses of water downing the odd half litre or more. I have water in the car, and at every opportunity try to sip some fluid.

Of course, it does require trips to the loo, as such a hydration drive can lead to an overflowing situation.

To be honest I have always been a bit of a “I need to go now” sort of person. Wierd Lee, why are you telling us this? Well it’s information and all information is good. And of course it enables me to tell a story!

But in this last week of summer, there may be a sting in the tail?

I remember driving back from skiing in France once with Jean and our Son, along with a couple of families. We started descending the mountain following our friends’ cars. It doesn’t take long, and once down, you are typically on the motorway very quickly in France. Although having had a pee before leaving, no more than 30 minutes before, I had this sudden desire, once we had dropped 2000m, for another. At first it was tolerable, but 5 minutes into the motorway trip I NEEDED to go. This had a severe effect on my driving speed as the sign ahead indicated it was 30km to the next services! So it was foot to the floor at mph, shooting past our friends like a “Bat out of Hell” . Their faces as we passed were a picture! Anyway we arrived at the services and what a great relief! Five minutes later the rest of da crew caught up. They thought we had had a domestic! Jean explained.

On Monday this week I had my respiration tests again. Only seems like yesterday that I had been checked, but it was six weeks ago! Currently I have a visit from my MND Nurse at this regular interval. It is so easy to do the test, so I always insist. I am still ok, and it appears that my eating and breathing are good. However, as mentioned in previous posts, MND is a “creeping” disease, for which we accommodate small changes. So keeping an eye on things is good, as quality of life can be maintained longer through adaptation. I have massage/physio as you know, but I am now going to visit another physio to discuss breathing exercises and also gait observation.

So to the female brain. It is definitely different to a standard one. I think you lovely ladies receive instructions from somewhere, perhaps outer space. Do you get some of this information at the hairdressers?

I think this also explains these…. Yes hair curlers! They must improve reception when ladies mature and have to wear them in bed. 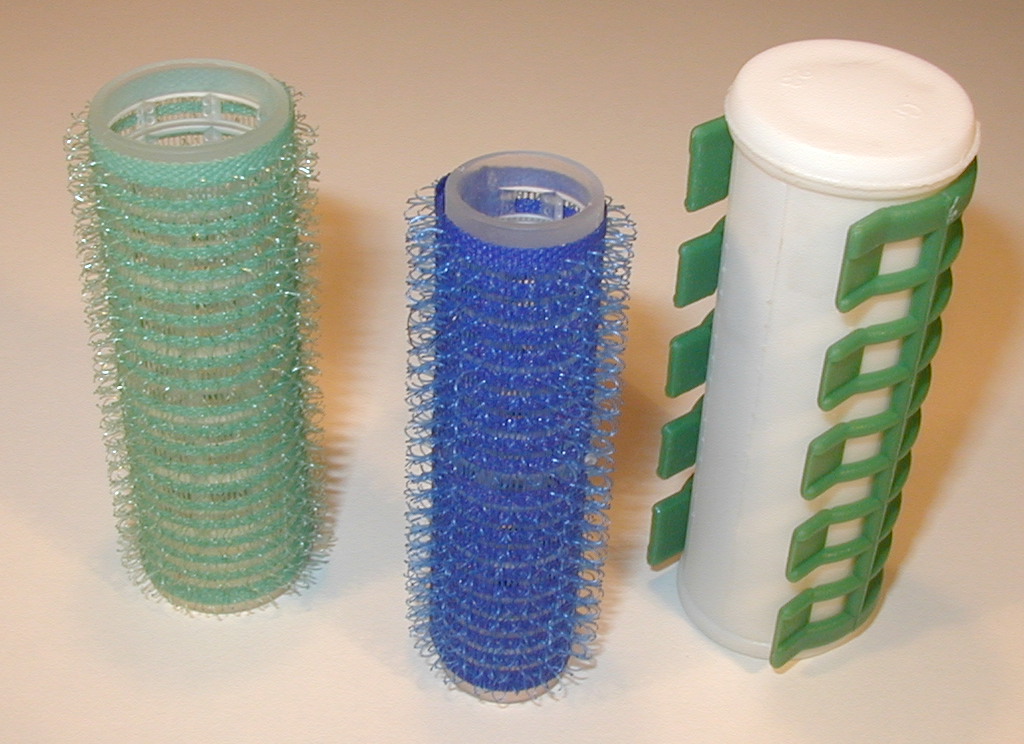 Gentlemen, this week sees probably our last week of hot weather, with the promise of a gloomy wet British Autumn to come. Our Ladies will use this as an excuse for a whole new wardrobe, and many many pairs of shoes. Beware, please monitor.

I was privileged to overhear a female-female conversation the other day. I don’t think I was supposed to hear, but it went something like this

“How are you enjoying the new handbag you bought other day?”  What a mysterious conversation. Nothing logical like “Are you finding that it is really useful for carrying x,y and z” or “I bet you find that you lose your keys, credit cards in that one!”

Jean’s father, after he retired, started volunteer work at a Steam Train workshop. It was his passion. He used to take a packed lunch and his mobile phone. He always phoned to say that he arrived. One day, he didn’t phone on time but suddenly called from a phone box! Jean’s mum asked why he didn’t use his mobile. He had unfortunately picked up the TV remote instead of his phone on leaving the house!

It was the MNDA Annual General Meeting (AGM) last Sunday at the salubrious Raddison Blu Hotel at East Midlands airport! The MNDA are really ahead of the game and stream their conferences on the Internet. Lots of interesting stuff, but the highlight was guest presenter Dame Professor Pamela Shaw, a leading MND researcher and visionary. I wanted to ask a question, and although I put it on the website I was also messaging a friend who was there. He asked it for me, and his intonation and presentation was certainly better than I can manage now. Thanks, Greg. I talk about this in my Research update published simultaneously (yes, a bonus post readers!). Dame Pamela’s response was intriguing. You will have to read it!

Took a trip to a garden centre Tea room on Wednesday to meet a friend. Wow, it was as busy as Disneyworld. Totally unexpected. I just took my walking stick, but it was like a convention for disabled walkers, wheelchairs etc. I was in my element. “Hi yah, is that the Ankle Bone Crusher 2000 rollator?” “Yeah its wicked!” As always, my journey from the car to my final place of rest (wrong words!) has to be planned. So I now often end up driving around a car park, apparently aimlessly, to find the closest spot when the disabled ones are already taken. This explains the mystery of why you see old people driving around car parks. There is a reason! Respect, it guys.

It was a lovely afternoon, with groups of well presented young mothers enjoying a get together, walking, texting, facebooking. Their children fluttering, near and far, were able to enjoy fiddling with sharp garden implements, and sampling various weed killers. “ORVILLE!!!!!!!!!!!!!!”

On the way out my friend wanted to check the price of a garden container that was just out of her reach. I stood back, as I now do, as Cath stood on one of the lower ones! It was a near major disaster. In fact I really fear such incidents now, as if something did happen and the emergency services turned up, I would be standing there with a crumpled friend or partner and I would have to explain…

– “Ok sir, sit down. Exactly where have you hit your head!?”

Back to the female brain. Jean and I were talking about, well I thought we were, how long I might be able to drive one of our cars for.

Anyway, unbeknown to me, Jean was in a parallel universe  and thought we were discussing how long this nice weather would continue for! So in answer to my proposition, she responded “It will probably all end this week!” Jeesh! After a laugh, we returned to planet earth.

Absolutely terrible news this week when the BBC lost the popular show, the Great British Bake off to Channel 4. There was a last minute attempt from Bragg’s Broadcasting Company (BBC) to acquire the program and re-brand it as Top Buns, but the deal fell apart (literally) when Lord Lee tried to pay with a truck load of new fivers.  He had managed to acquire the services of some lovely front ladies (as he called them) as well!

Finally this week, don’t you find it annoying that the last 5cm of breakfast cereal is like sawdust! Well I have decided to start storing boxes on different sides during week! Cunning.