Morning all! Well, the world is getting more and more interesting by the day. What do you think? I started writing this weekly update on Monday 30th Jan. Who knows what the week would bring when I finally publish!? Let’s unveil the secrets, one by one!

First, I have heard that Lord Lee Bragg has received an advance of £16.56 (made of up luncheon vouchers, spare foreign change and those useless gift cards for companies you would never shop at) to start writing his much anticipated memoirs! It has a current working title of “A life under the radar“.

Asked in an interview about the title, he gave this intriguing reply.

“Well, I compare life to the English Football Premiership. Should you live it like one of the top teams like Arsenal or Chelsea, or one of the struggling sides like Sunderland? No, it’s best to be like Stoke City. Since their promotion to the premiership they have finished mid table every year. As a Stoke you can hide away from scrutiny and pressure thus living life to the full!”

Wow, Bragg is such a deep thinker! I am looking forward to his book, if he ever gets it written. We shall have to keep an eye on progress. He said he might publish a chapter at a time online.

On the subject of the City of Stoke, there was a story on the BBC Monday Breakfast show about a researcher who has walked around Britain wearing an EEG headset that detects his moods! 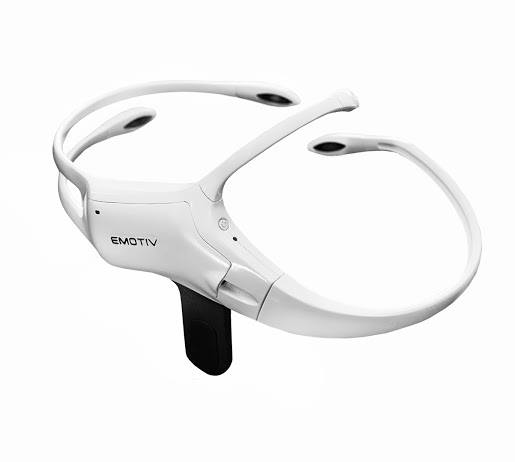 An EEG headset, courtesy of Emotiv

He found he was most relaxed in Stoke! I suggest he try it whilst being chased by a kebab welding maniac in Stoke (or anywhere else come to think of it) on a Saturday night! See how relaxed his mood is then!

There’s good news and bad news in the onein400 household. The bad news is one of us got caught speeding. The good news, it wasn’t me! Jean is going to do the Driver Awareness Course though. I have done a few of these over the years! If you ever get caught speeding, don’t get upset and opt for the course. The whole of society is represented on such courses. One I attended had a policeman (yes, a speeding offender), two OAPS (who had to be driven to the course because they were so psychologically damaged by receiving the offence) and a lunatic who just wanted the instructor to explain to him why he couldn’t go as fast as he liked as there were no cars on the road at the time!

As it happens, it appears Jean could have gone a bit faster on the motorway and still been eligible for the course! “Lee, don’t be so silly” (another 2mph to be precise!) Squeeze that pedal!

Although most of the hard labour around our house is now carried out by Jean, e.g. lifting coal bags, climbing ladders, hauling refuse bins, bringing in logs, carrying in the shopping etc, I still have good dexterity in my hands. Our kitchen light dimmer was sticking, so I decided to replace it. I have always found working with electricity easy. Plumbing, water, no! What’s the worst that could happen with electricity? Plumbing = flooding! Electricity is about precision and double checking! ZAP!!

Fortunately, I had the advice of Lord Bragg’s Electric Shock Company with their online video conferencing to help guide me. I do wish he would invest in a colour screen/camera though, the black and white video guidance was confusing all around. 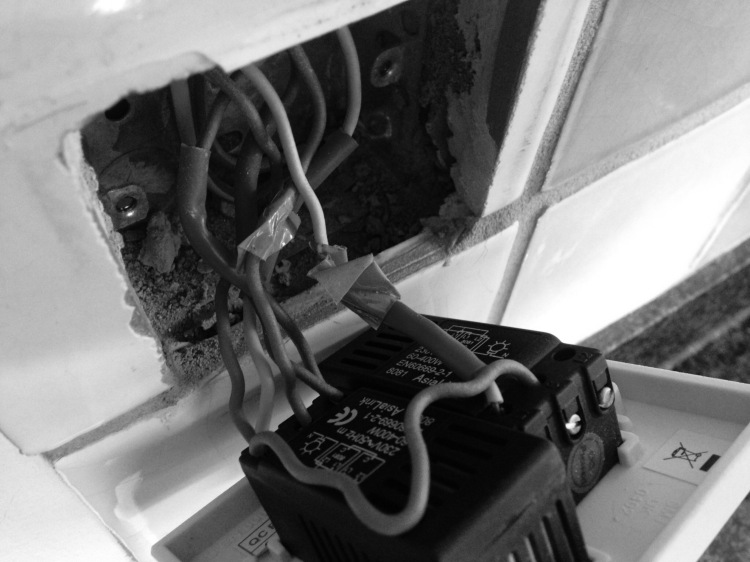 “Relocate the blue wire, the one next to the red!”

These days you can actually do very little with DIY electricity in the home. Safety standards huh! Back in my young days, I remember my grandfather’s house only had electricity installed on the ground floor. So being an entrepreneur he wired upstairs direct from a single plug downstairs! I remember it was all in series, and you had to turn several switches on to ensure certain lights worked! His house never burned down, so I guess it was safe……., to a point!

On the subject of the old days. When I was young, people used to go to a place called a cinema. For you young people, a cinema is a place where people pay a ridiculous amount of money to watch a film with about 200 other people, and sit on seats made of velvet with all sorts of stains on. Yes crazy!

“Lee, people still do that!”

Really? Fools! Haven’t they heard of boxsets!? People really should “get with” the programme!

For those of you who love box sets, Jean and I watched the whole of the second series of Fortitude on Sunday in a massive binge. Jean was stricken with a stinking cold and the weather was awful. It was a superb thriller and if you watched series 1, this is far better and has some top stars in. Ten episodes, of which 9 and 10 you should not watch if you are just that little bit squeamish. In particular, there is a really nasty shower scene, which I hope you are not eating sausage and 2 veg whilst watching! But to add to the interest, there was an MND/ALS storyline for one of the main characters.

When I was young I would have done any job to get money. However, there is one absolutely pointless job in 2017 for which the young lady, Lucie Jones, who has been handed the responsibility this year, must be out of her mind for even considering.

What is it? It is singing the UK entry in the Eurovision Song Contest. Given what has happened here last year, and also bearing in mind that the political voting due to other world events has put us near the bottom for the last 10 years, I suspect zero points is the best we can hope for!  I would wear body armour if I were you, Lucie! Good luck anyway.

Also in the news this week. My favourite football team, Arsenal, was drawn against Sutton Utd in the next round of the FA Cup. For my American friends, Arsenal are one of the top 4 clubs in the UK and Sutton are a non-league side with a tiny stadium where they have to play the game. It’s what the FA Cup is meant to be about, giants versus minows. Arsenal, who possess a £400m stadium with pristine grass will be playing on a pitch, which no doubt will be a bit bumpy and muddy. It reminds me of when I was young and played field hockey. Back then, there was no Astro turf, and we played on fields in parks, and one in particular was on a hill, and there was a steel manhole cover somewhere on the field! Kids today don’t know they are born! 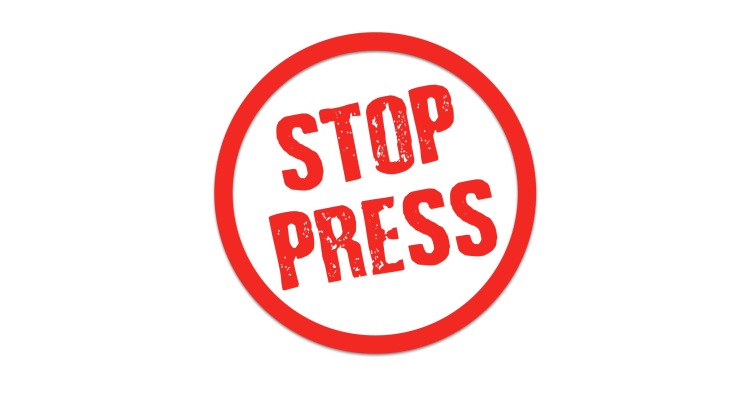 So in the good old tradition of the early days of newspapers, here is this week’s stop press. Stop press was named, because printing presses were literally stopped, and all the print chucked away to allow for late breaking stories. Do any of you remember special columns on papers? Perhaps on the front or back page which were specifically allocated for these items?

Well, there hasn’t been much. Therefore I have just picked a couple of stories I saw on the internet

I saw this and when I first read it I thought it said President Beyoncé!  I wouldn’t have been surprised with all the World News. But it wasn’t to be.

Finally there appears now to be a real Vegetable shortage in the UK. If a man walks up to you in the street in a brown overcoat and shows you his Aubergines and Courgette, don’t panic it’s only Lord Lee Bragg with his deal of day! Buy them!