Yes, Jean and I once ate a £100 vegetable!! More about this apparently gluttonous and rather extravagant luxury later!

When we bought our first car back in 1984, a lovely light blue Ford Escort 1.3L (an L! not a standard model), I was thrilled when I noticed on the second-hand car sales banner, that it came with a fully electric aerial! 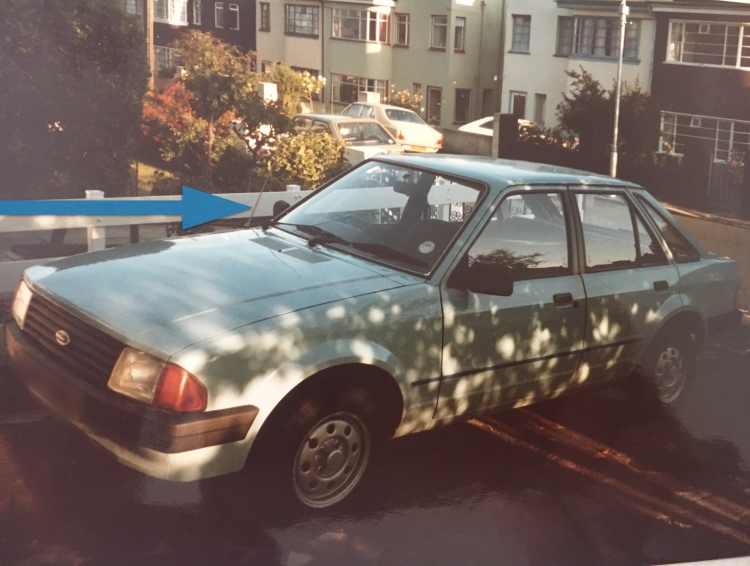 I thought, along with many others at the time, that an electric car radio aerial was the absolute pinnacle of sophistication! Mind you, it was at a time when Blue Nun was posh! Just as an aside, the guy we purchased it from moved into light aircraft sales soon after! From second hand cars to planes!

Who ever really needed an electric aerial? You kids probably don’t know what a car aerial is, rather like a car choke!! You lucky youngsters!

Necessity is the mother of invention they say!

I kind of agree. Jean and I are currently testing a new Lord Bragg dog product.

All dog owners are only too aware of the problem of Doggy number 2’s whilst out walking. Yes, we all try to scoop it up, but then there are the deep foliage/leafy deposits? The new Bragg’s Dogs Mess Dispersal pellets are a unique solution to this predicament. All you do is simply plop a pellet into the mess and walk away, at a minimum pace of 3 mph. 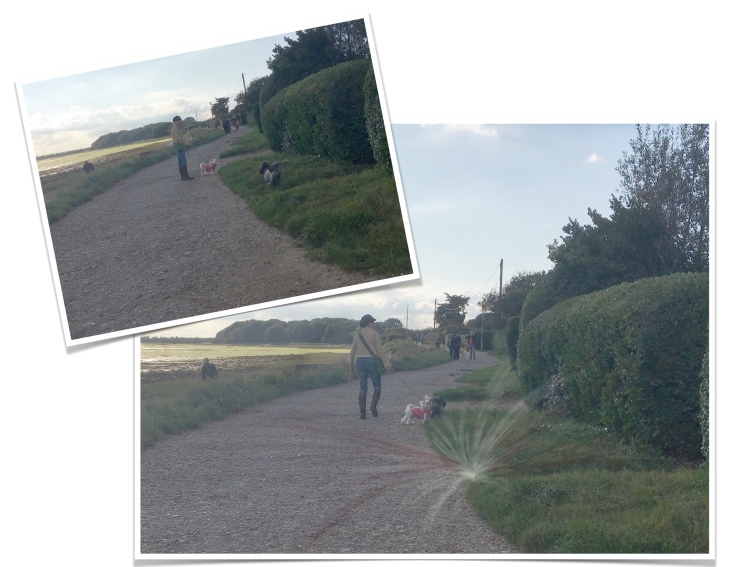 Using a walking stick can look quite sophisticated. I must buy a posh black one with a big spooky gold handle! Until that day, I keep my walking tips in top condition on my daily stick. They are known as ferrules. A nicely grooved one is vital, and once smooth they are an absolute danger.  You can buy new ones on Amazon. Keep your tips renewed, walkers! 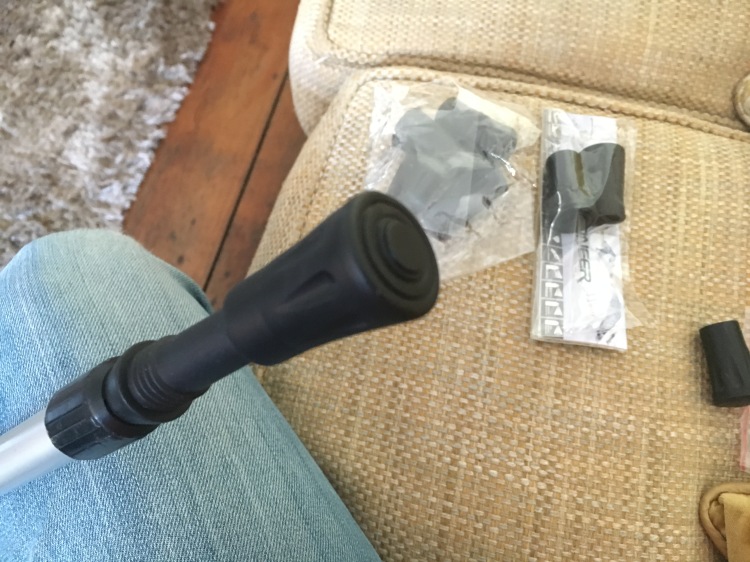 Last Friday night Jean and I journeyed to a Comedy club in a local community hall. Yes, this sounds totally unsophisticated, but what a great night! We were rolling about in laughter. As well as a riotous Compere, we were treated to a Canadian dwarf , a psychotic Scottish lady and the main act, the Sinnaman from ITV’s The Chase. If you haven’t seen him, you must.

So although not in a sophisticated location, and I had to make a leap with my rollator to get out of the way of the crowds heading for their boose, a fine night was had. The organisers were so helpful, and arranged seats near the door so I could park my disability aid. The crowds were a bit of a nightmare, with one rather drunk attendee, bashing into my folded and parked rollator (buffoon), and when we left there was such a rush, that Jean said

“Let’s just wait until everyone has gone Lee”.

So I just pulled out, slowing down the crowd exit from the hall (#smug #illgoatmyownpace).

On Monday I phoned the local pharmacy to check if my latest prescription for Riluzole had arrived. I called with my usual slurred voice. Although they know me quite well now, I don’t think I should have been eating a bowl of Crunchy Nut Cornflakes during the call. After one spoon, I could not release one word in response to a question! What an idiot! I managed to splutter through the call.

No matter how sophisticated I think I am, I always do something that shows I am not!

Once on a business trip to Monaco, I stayed in a rather nice hotel. I, along with a few colleagues, were going out on an off road car adventure. I decided I should wear my walking boots, which were last used in the English Lake District several weeks before. I hadn’t cleaned them but still they were packed for my trip.

After a morning of work, I returned to the hotel to get ready for the afternoon of team building.

Eagerly I put my adventure clothes on, and in particular my trusty sturdy boots. I rushed to the lift to meet the other nutters in the foyer. I ran out of the smart gold lift, across the beautiful Venetian marbled polished floor to join my colleagues. Just as we left, I turned my head, only to see a trail of huge lumps of dried Lake District mud all over the foyer floor between the lift and me! I left sharply! It was all gone when I returned later. It was me, guys!

It is now 2 years since I posted about Voice Banking. I am currently updating my guide, not only to keep it valid and usable by people with MND, but also because I am presenting at a conference soon on Voice Banking. How sophisticated is that?

The other meaning of sophisticated, is of course “complicated, advanced”.

The study of a disease like MND is NOT simple, nor is living with it, but there are always people out there that want to make our position worse!  These are the scammers, ill-educated, and those who mislead people with science sound bites.

I recently watched the following video from the great Richard Bedlack. It is a few years old, but it’s a good listen for those of you who may have been recently diagnosed or family of someone who has. Yes, you will be seeking miracles, I can understand that. But please, please be wise. This video shows how the unregulated world of alternative therapies has grown with the Internet with mostly bad consequences.

He covers this interesting subject in an entertaining manner and my absolute favourite line from his presentation is a comment regarding an alternative treatment lab. He was talking about some of the therapists who claim to have found a unique treatment for all neurological diseases!

“If they had, there would be no reason their office was in a small strip mall in India next to a Kentucky Fried Chicken shop. They would be the most famous and wealthy person in the history of the world”

Coming soon my quarterly update on the real status of the road to a MND/ALS therapy!!

I will be returning to Friday posts in future. Summer has been erratic and I have been posting without attention to schedule!

Have a great weekend, same time next readers, Friday lunchtime.

“What about that lettuce Lee, you bourgeois fool?”

I return to our lovely first car. One day Jean and I went shopping for food in Tesco. On returning home, we unpacked the food and found the lettuce we had purchased was really manky. Jean told me to drive back and get it changed! It was a Wednesday night, and I reluctantly agreed and drove off. All ready for an argument  and expecting a refund issue, I shot off at speed. Back in the 1980s, refunds or exchanges were a lot less common than today, so I was expecting a shouting match. I parked up, and entered the store. I queued up, and showed them my manky leaves. I was quite surprised when I was simply told to go and change it! Feeling chuffed, I jumped into the car, excited about my success, and ready to show Jean a magnificent new lettuce. I put the car in reverse and promptly manoeuvred out, not noticing the absolutely huge concrete pillar and I right royally smashed up the driver’s wing (fender for my American friends). I returned home to break both the good and now the bad news. The repairs cost £100.