Good day, all! Since my last post, jobs have been completed!

Jobs and tasks come in all shapes and sizes. There are the daily ones, the slightly planned ones and the long term ones. Now, the latter are ones I have always found difficult to understand, especially now. Life is for this moment or, as I was once told, first things first and second things never!

Being grown up is a job, but one which I guarantee you will never be complete. Sorry, some folk will achieve it, but Jeesh will they be boring people? Never making the slightest mistakes, incorrect decisions or saying the wrong things.

I regard myself as professional and wouldn’t say anything inappropriate or offensive in business meetings or publicly. However, I have said things, that seemingly one minute prior I could never have predicted could be potentially embarrassing.

One event from my past comes to mind.

About 8 years ago I was at a social event and got talking to this very nice gentleman and we spoke at length about business and things. For some reason I mentioned computer laptops. At the time, I had a rather disappointing laptop and needed to upgrade. I said to this gentleman,

As it happened I hadn’t asked this guy what he did for employment, so I did. 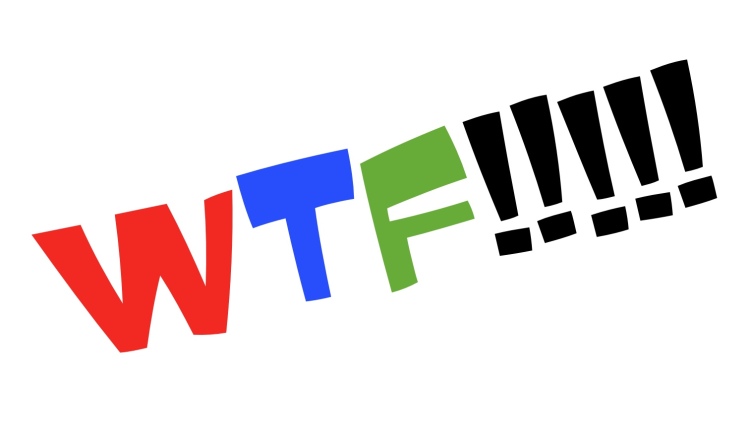 How could I have predicted that? Anyway, he laughed, and I went on to explain what was wrong with the laptop, in my opinion. Strangely enough, this manufacturer now produces some very fine machines! If you need me to talk to any major manufacturer, just call!! I feel directly responsible for their improvements! Job done!

Of all the things I have achieved in life, what I am most proud of? You might expect me to reel off owning cars, holidays, events, and many other shallow things! I could, but they all pale into significance when you look at the most important things in life, family.

I think the pinnacle of this was, for me, last year. Our son, Howard, and our daughter in-law set up home in this tough world and Jean and I were alone again. There was one event that really showed we had raised a sound guy….

When they were leaving our house to go back to their home last year, after a short weekend stay, he turned and said to Margot

“Have you got your purse?”

He had reached perfect husband level, ie make sure your partner has got everything with perfect nagging! There is no where left to go!

They left, and I turned to Jean and sighed with pride, “That’s our lad. Now put the kettle on!” Job done!

I had a massage again this week, which is great, as my legs had got really stiff with the lack of weekly treatment during the heart bypass recovery. I must also highlight that I drove myself after being given the all clear by my heart surgeon. Another couple of jobs done!

In addition I attended my first session of an 8 week cardiac rehabilitation course. Because of my MND reduced-mobility I am in the quieter class and I need an extra helper. This is all provided by our wonderful NHS! Both Jean and I have been overwhelmed by the support provided by both staff and volunteers. I surprised, perhaps horrified the organisers, when I insisted on trying the trampet! Anyway job done!

I completed two other jobs this week. Yes, I am totally smug. For these jobs I used Bragg’s Every Purpose Oil.

The first job was on one of my rollators. It was sticking a bit when you folded it up. Now, I hear you say, that doesn’t sound too bad. However, let’s examine the said evidence..

Here it is being folded up, just after severing my arm…..

Yes nearly! Over the months, pulling on the handle to close it had become tough. In fact to close it, you had to flick it! On doing this, it would snap shut in a milli-second, crushing your arm just like this scene from John Carpenter’s The Thing!

This, of course led to Jean swearing as she was putting it in the car, or me rolling about in agony as I closed it in the house.

But with just one drop of Bragg’s Every Purpose Oil (on the hinge marked X above) all was sweet. It now operates beautifully. Job done!

Having succeeded at fixing the rollator, I was in oil everything in sight mode! The next target was our microwave door. It had got so sticky that when you opened it, you nearly pulled the oven onto the floor!

Another drop of Bragg’s Every Purpose Oil and bingo!

What a product! Job done.

I was debating with a friend how important “product’ is compared to sales/marketing. I am a firm believer of sales wins over the actual product. Don’t get me wrong, a product has to do what it says. However, if you don’t sell it correctly it’s a non-starter. And just to prove the power of sales/marketing I stumbled on this amazing story from December 2017!

It’s all about a Journalist who managed to get his fake, non-existent, restaurant to number one in the tripadvisor best restaurants in London! Have a read. It’s genius.

If you think about it, he could have actually opened it afterwards, with good food, because he had done the real hard work of sales and reputation already! I don’t think he did though. Lesson for you kids, don’t be the person who has a great product and who doesn’t sell it!

The story of McDonalds, the burger chain, is rather like this too. Have a read of the REAL history of McDonalds.  The film, The Founder starring Michael Keaton as businessman Ray Kroc, dramaticises the story. I watched it recently. Best film I have seen in ages. You can have a great product, but not sell it. Ray Kroc worked with the McDonald brothers’ idea and sold it! Job done!

Well it is a Terry’s Chocolate Orange holder!

What an amazing present! I bet you are jealous?

I was going to have another photo quiz this week, but Jean said my idea was just too sick! So I dropped the plan. Jean is Boss, after all.

Ok readers, next Friday my updated state of MND research post is scheduled. So revise your knowledge with my opinion updates so far. The February 2018 update just coming!