What a great song, from the amazing Shirley Bragg!

Yes 2017, and we start all over again, the clock is reset to zero. However, because of that extra leap second added to world clocks at 23:59 last night, Lord Lee Bragg is sending out demands to all his customers requiring additional payments on Bragg’s Car Insurance to cover for this unforeseen period! What a guy, what a businessman!

I hope you all had a great Christmas, received all the gifts you all wanted and didn’t eat too much!

It’s been a busy week in the Bragg household, with the first batch of “Bragg’s Salted Balls” rolling off the production line! He tells me they melt in your mouth. This first gift jar is going to good friends tonight! 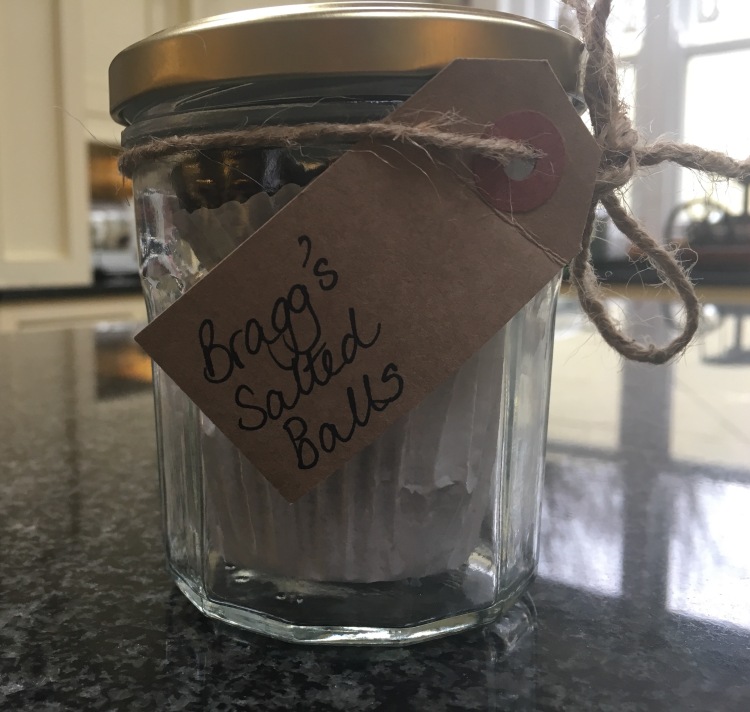 Before I forget. Thank you to all who donated to the MNDA for my little Christmas card caper. Over £350 was raised to bring my 2016 total to just over £11,500 for families all over the UK living with MND.

And a massive big thank you for every one who donated, helped and attended my auction and music night June fund-raiser.

We received some lovely news that a couple of friends had decided to get married after a short 16 year engagement! No need to rush, get to know each other properly.

So we have a wedding to look forward to. However, Lord Bragg has offered to arrange the Hen night. So sorry! All I can say is make sure you choose the Gold Hen Package as the Silver and the Bronze Weekend Selections look really tacky and involved lots of polyester clothing!

On the subject of cribbage there were violent scenes at the Hampshire South, Round 1, Vegan Cribbage Players amateur championships, pre-qualifying selection, this week, when Lord Lee Bragg was seen enjoying a nice bowl of Organic turkey curry during the 4th hand! 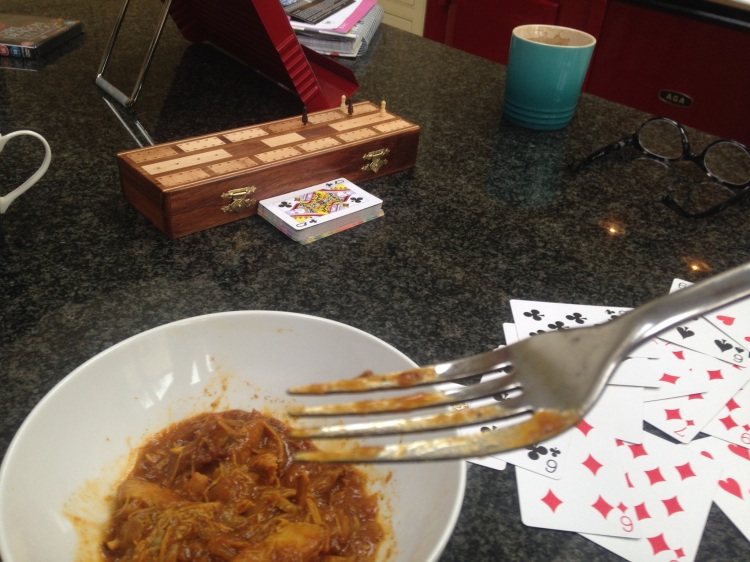 It actually turned out that Mrs Miggins, the chef, had been sold the turkey under premise that it was tofu by another of Lord Lee’s relatives. By this time though, over 50 vegans had eaten it, muttering such comments as “What a flavour, wow!” “More please“. The result was that Lord Lee won the qualifying event due to sudden withdrawals by distressed players.

Well what did really happen in 2016? There’s all the obvious stuff, Brexit, Trump etc. There were many celebrities, all about my age or older, dying. Business as usual then!

For me a couple of things stand out. Arsenal look like they are going to totally and utterly screw up winning the Premiership, yet again. Do I have to plead with them? Do it for me guys!

And secondly, the onward march of technology and science. I have a singular view that tech and science innovations, including medicine, are always good and will take us successfully into the future.

With the challenges of an aging population, aligned with rising costs and demands of care, it is becoming more and more likely that technology is the way forward.

The most exciting things that are going on in science and technology revolve around 2 key areas:

1) Gene therapy and genome sequencing, and

2) The power of computing technology and the next wave of innovation.

In 2016 there have been fantastic advances in gene therapy that we can now say it is now beyond the hype. It is happening and is going to pervade across the generations of life like you cannot imagine. Scary? Not at all.

I always make comparisons with history if anyone doubts the changes that will happen. Technology and economies of scale/cost will dramatically change and alter our current way of life.

Take for example, the cost of sequencing a whole genome. Currently it is down to £1000. This is still too high to make it routine, but it is cheap compared to the £150M it was 20 years ago and £100,000s it was 5 years ago. Soon the cost will be pennies and become part of life care. Being able to monitor one’s genome from birth throughout life will become routine, and appropriate gene therapies will slowly become commonplace.

In parallel, computer processing power through improved data access and possible “quantum” computers will enable data analytics, which today is simply not possible.

The reason I mention both of these subjects is that in 2016 significant advances in both gene editing and the next era of computing have happened. They were not big news, but that will come.

As promised last week, I will be providing another “Lee” perspective on research into MND in early January.

Remember a new year, although new, is just another day. So don’t get bogged down by resolutions and changes. Most the most of each day as it comes.

I am now looking forward to warmer weather. “Too early” I hear you say. No, we are now rushing towards June!

During the last week I have ventured out more than in recent weeks and have been cycling my trike! I cannot recommend my best acquisition of 2016 enough! Even if you have no disability, a recumbent tricycle is a simply amazing piece of technology.

Mind you, I looked like a child with his new present from Santa when I cycled on Boxing Day! There were loads of children out on their bikes, including those who I just wish the parents had used contraception! Jean and I were cycling when these things interlaced between us, nearly knocking Jean off her bike, and their parents simply yelling “leave the nice people alone“.

Jean and I managed to escape the Borstal training ground and enjoyed the mostly pleasant family crowded streets after their Sunday binge.

Right that’s it for today. Normal service will be resumed next Friday once 2017 has properly started!

Have a good week peeps.