It’s my second post of the week! Yes a lot of stuff for you to digest. I would grab a pizza and settle down with a nice glass of your favourite tipple and enjoy if I were you.

The last week or so has been busy with our visit to the MNDA AGM last Friday, as just described in my Special Report post.

But what else has been going on?

Here in the UK we were enjoying a great summer, and all was looking good. Then it had to go and be totally and utterly wrecked this week by Andy Murray’s and Johanna Konta’s departures from Wimbledon! Darn!

Last week I left you, gently teased, with this image. 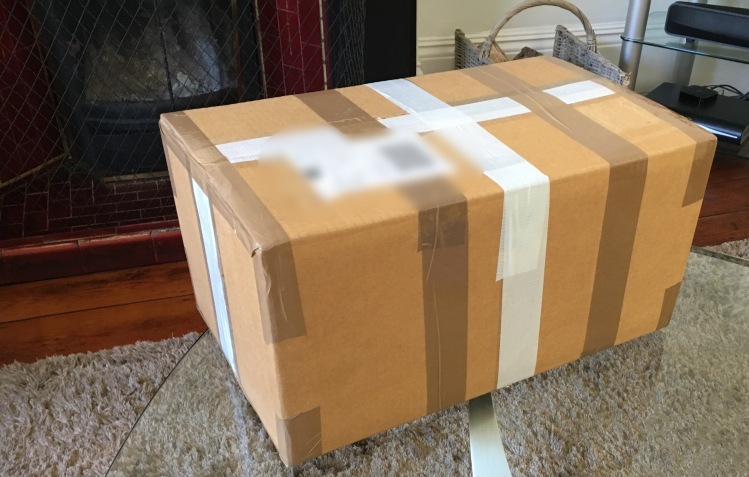 What was in this well wrapped package?

This box contains the results of the efforts of a long forgotten group of men in the late 1960s.

In 1950’s and 60’s, an elite group was formed, often known as the Right Stuff.  It was a group of brave test pilots in the USA who carried out crazy testing in supersonic aircraft, setting the foundation for space travel.

Commander Buzz Bragg was not one of these! However, along with others,he was assigned to an even more vital project than putting a man in space. It is only through the bravery, and some say, sheer stupidity of people like Buzz that such items (the one in the in the box) and their subsequent modern machines were made available to the public. We salute you Commander Buzz Bragg!

I can today reveal what the item is in the box.

It is a 1971 Goblin Teasmade! Yes readers, as an all out danger and action couple, Jean and I were discussing the old teasmade that we borrowed from my Mum 35 years ago whilst we were at University. We then searched eBay and found an exact match!! So we bought one!

Here it is. What a machine! 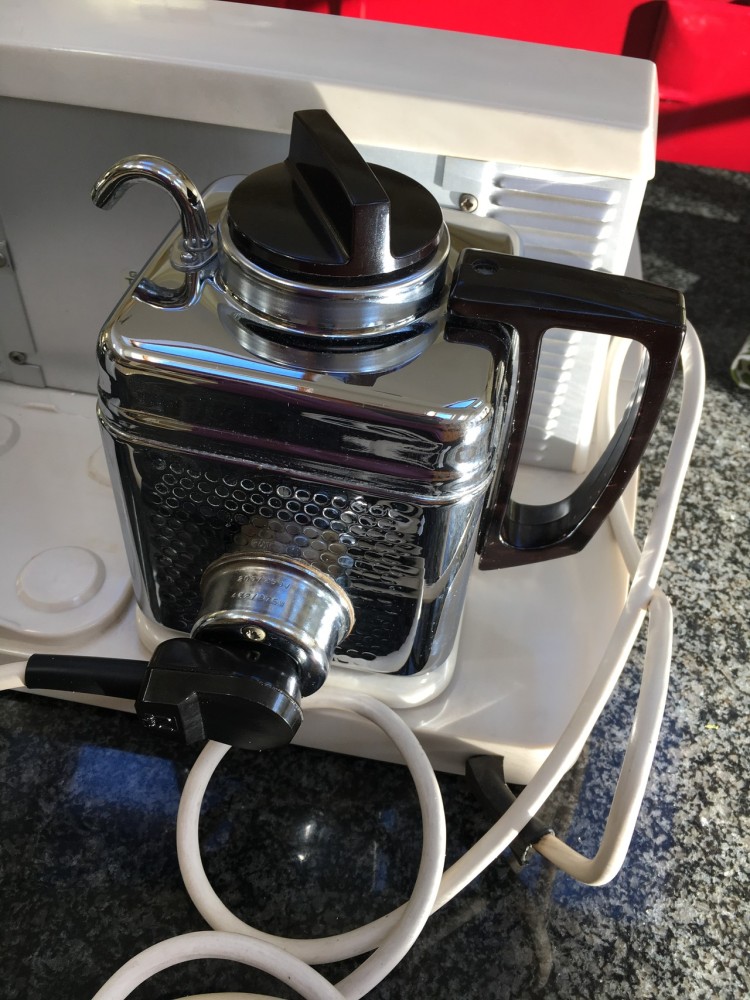 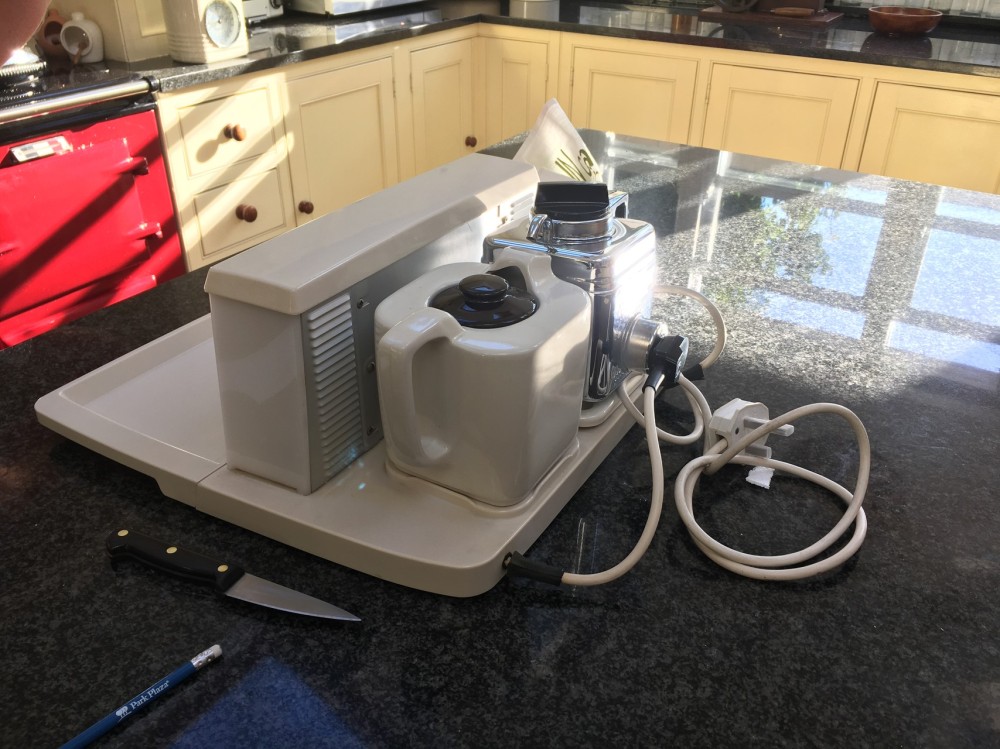 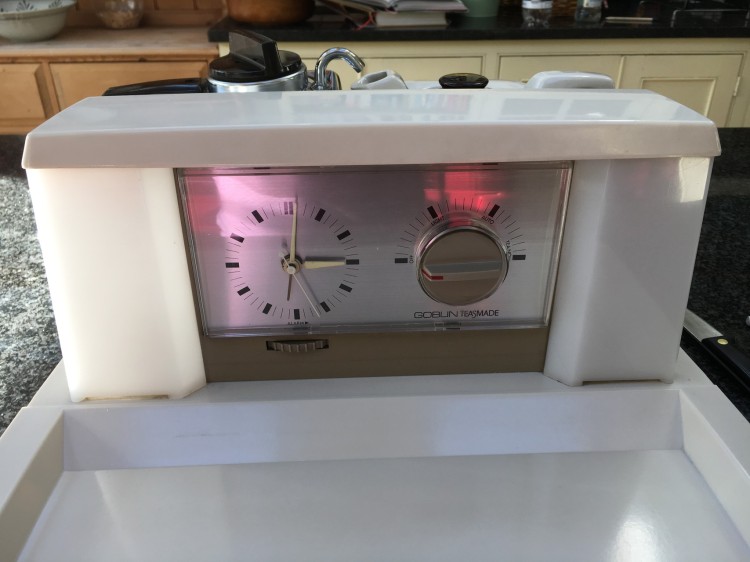 Just look at the cables, and the high pressure kettle! Buzz Bragg was a tester for such devices!

He was forced to sleep with his foot wound in the loose cables, and instructed to set the alarm for 6am.

Woken by the horrendous alarm noise (a sound rather like a guinea pig being run over by a tractor) he proved that only minor acceptable scaldings were likely. Although this did take many adaptations to reduce the burns to a tolerable level. His bravery lead to this superb design. Spare a thought for Buzz, whose other test drives include the mandolin slicer. I’ll let you google one of these to understand the courage needed to test this item to destruction!

Modern teasmades just don’t have the same Risk Excitement and don’t cut the mustard! It is rather like a classic proper car, compared to today’s often monstrous impersonations! A car needs to feel scary to allow you to respect the fact that you are driving a one tonne weapon!

On Sunday, after returning from the AGM we visited a garden centre and I took my rollator! Using an ingenious rotation system (I drove one car, Jean relays me to garden centre door with other car etc) we managed to get both of our cars washed at their facilities, buy some garden stuff and have a cup of tea in the Garden Centre tearoom all without falling into the petunias, or worse, the fish tanks.

I was the subject of extreme rollator envy amongst a sea of the machines in the cafe. There was quite a queue at the tea stall, but using diversion tactics I sent one lady the wrong way! Victory is mine! 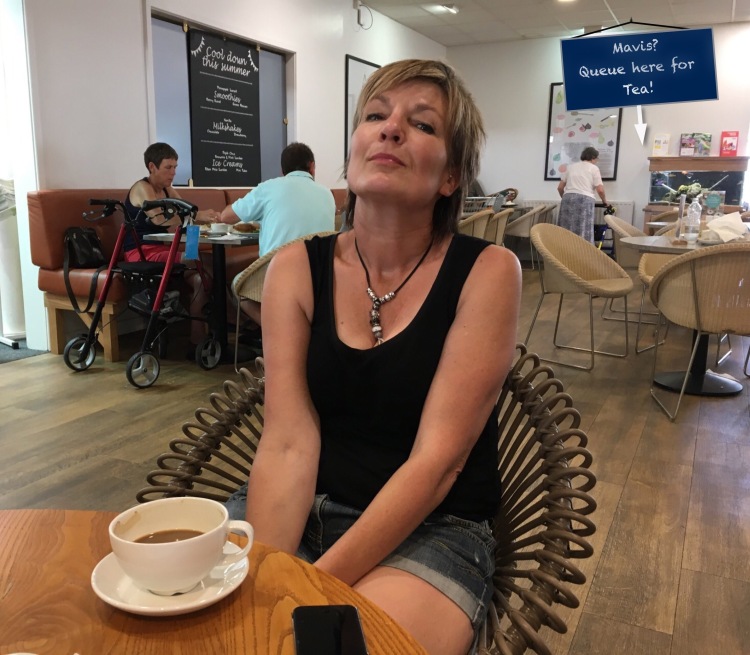 At the end of last week, on our drive to the midlands for the AGM, we had a horrifically slow journey with traffic most of the way. A trip which should have taken 3 hours, took 5 and half hours! Obviously we had to stop for loos and lunch, and I really do plan which places to stop at now. A lot of motorway services, even with the disabled parking spots, still require a hill walk or long ramble past loads of people to the toilets.

This time, whilst in traffic, I suddenly saw a Marks and Spencer’s food store at a fuel station. I immediately pulled off in typical Ayton Senna style, got out and refuelled the car. Jean went off and paid, whilst I staggered to the loo. We then stocked up with some sandwiches. We left, departed the motorway, and drove into a small village, parked up and enjoyed our feast. Mind you I think M&S need to double check their product names. Jean got these.. 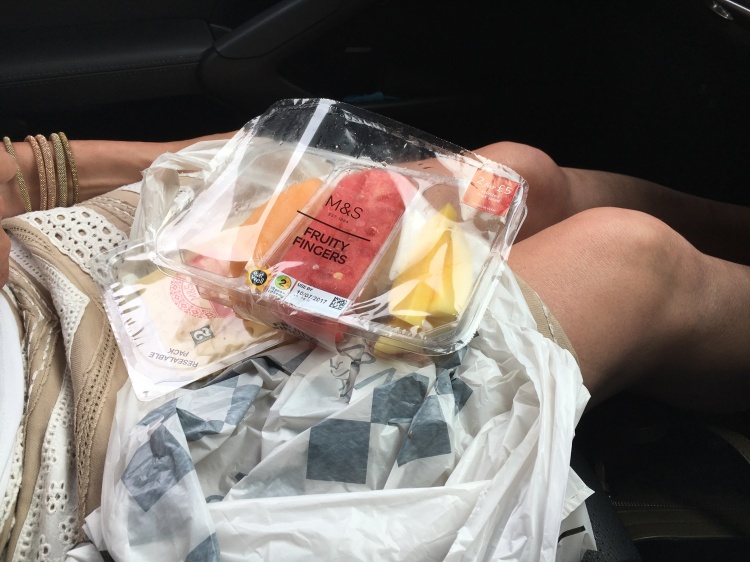 It does remind me of a packet of confectionary stupidly named Swanky Crisps at Waitrose. A rather unfortunate fold in the packet left an interesting statement jumping out at browsing customers!

On Thursday I had my MND Consultant appointment, the last one was 9 months ago. I do love his face every time I wander in. It is a mixture of total shock and joy!

We both get on really well, and we talk about lots of things, including MND research. I now have my next appointment in a year’s time! Fingers crossed. Someone asked me the other day, what was the point of such visits? Well you never know what you might learn. And it’s only once a year, if I am lucky. 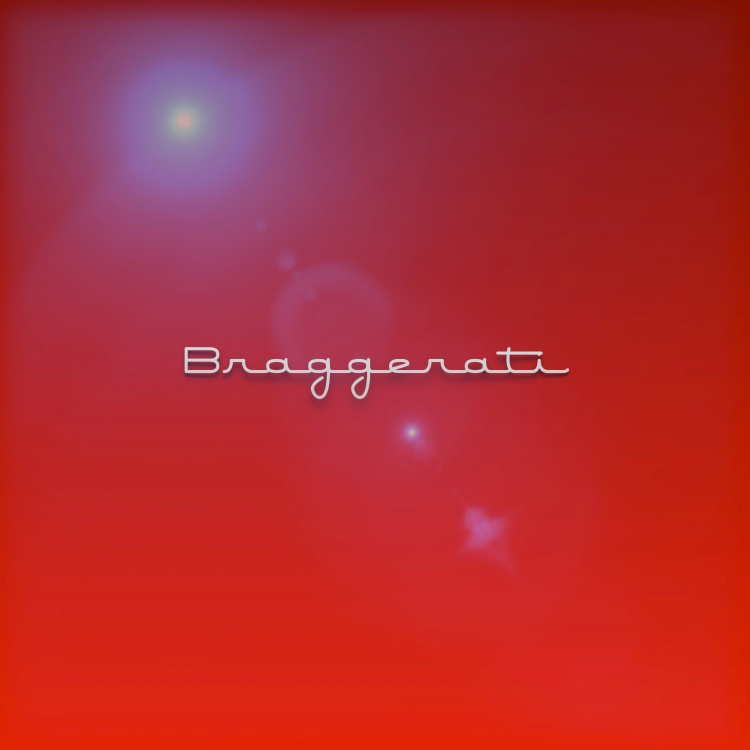 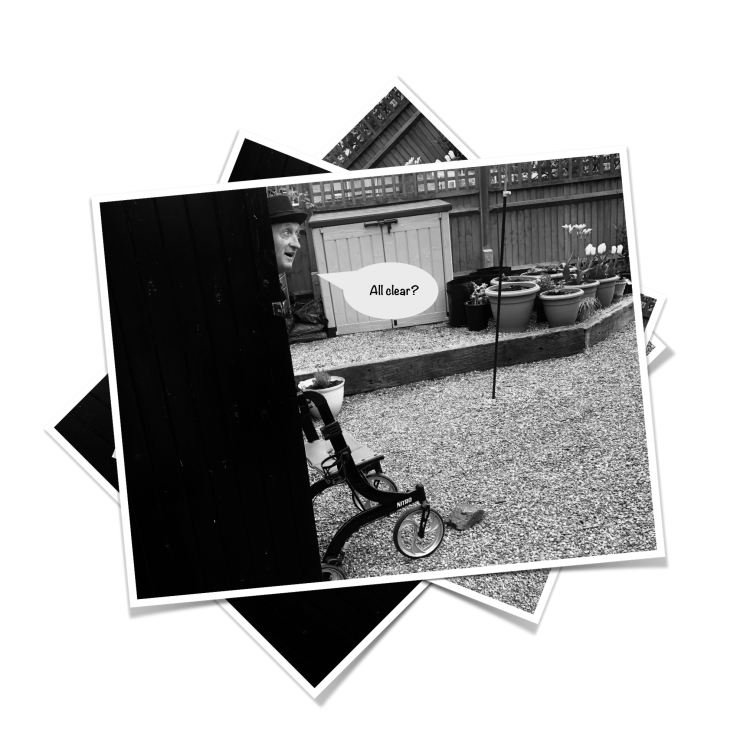 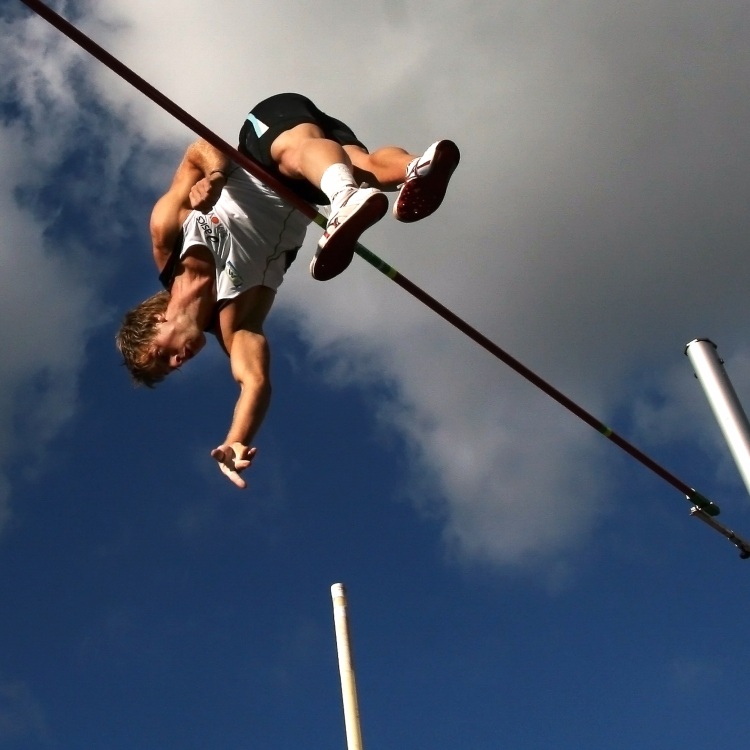 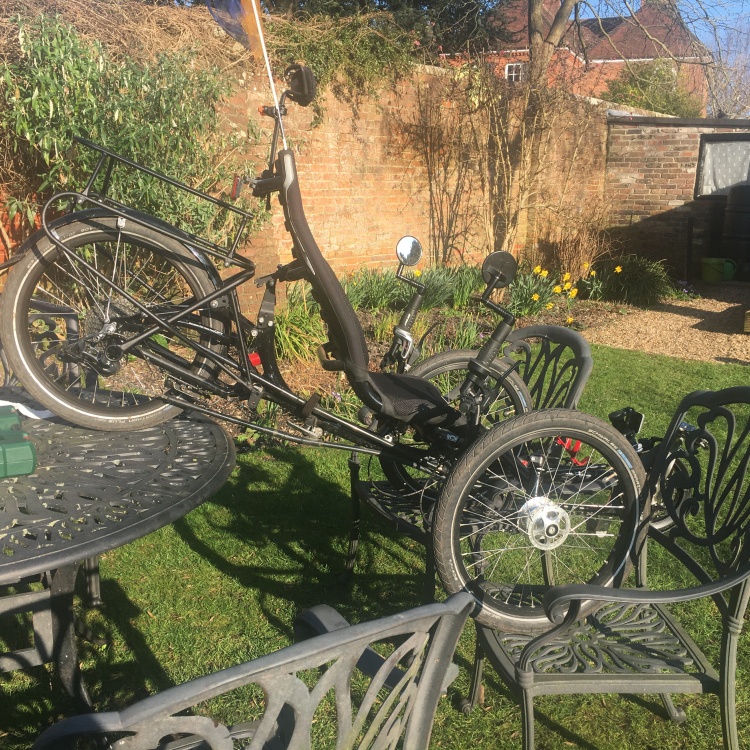 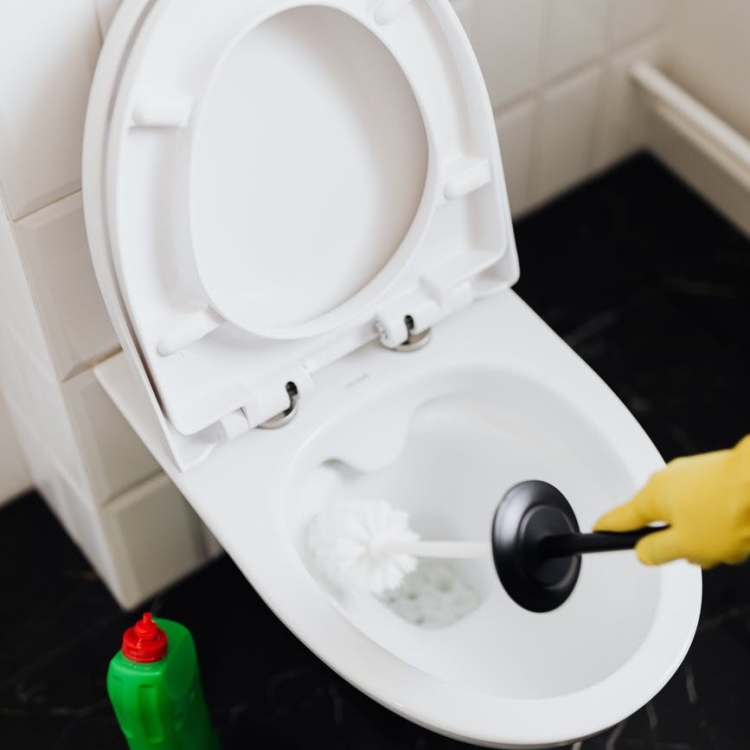