Welcome readers. It’s another MND research comment post from your’s truly, onein300! This is now my third, devil is the detail post, continuing the exciting series after Can Placebos ever be justified…. and 50% Chance of Rain. These posts are my attempt to shed some light on why some things with MND research are just plain hard and difficult.

This time it’s all about stratification, an essential developing aspect of the design of clinical trials and the interpretation of the statistical data from them.

Is my title rather contradictory? And, would you believe it, Goldilocks is involved! Read on…

Stratifying, put simply, is the categorisation of individuals in a trial. This can be by expected prognosis or simple group characterisation such as female/male, age etc. A disease like Motor Neurone Disease, with it’s hugely challenging measurement issues, and vast range of presentation, screams out for increased stratification. However, logistically there have been, and still remain, complicated challenges.

The best way to describe the value of more abundant stratification is to describe two of the most currently prominent ongoing trials in 2019/2020.

The first is a study using a very typical representative protocol, pretty much the same as most trials in the last 20 years.

It is the Brainstorm Nurown Stem Cell treatment phase 3 in the USA. This pivotal study for Brainstorm was initiated following promising early phase 1 and phase 2 results involving a small number of cases. The post analysis after the trials (you might recall the discussion in 50% chance of rain on this technique), revealed a potential trend with rapid progressors, that hinted at a disease slow down in this category. On the back of this, the phase 3 was planned to investigate the findings closer. The primary new inclusion criterion for new investigation was that all participants should be “Rapid Progressors”. You can read the full inclusion criteria for the trial here at clinicialtrials.gov.

The trial size is 200, 100 treatment cases, and 100 placebo. Although this may seem harsh, it is necessary with such a disease with huge variability of presentation etc. “Rapid Progressors” is a relatively simple, and I would define this as “subjective” classification. It was probably defined in the Phase 3 trial (just as in the Phase 2 report) as those losing more than 1 or more ALSFRS-R points per month in pre-trial analysis, on average. Those losing less than 1 would be regarded as slow progressors.

Some brief thoughts on a simple ‘Rapid Progressors’ definition:

Where do you draw the line between fast/slow?

What are the issues and implications for drawing this line?

It would, for example, only take 1 month of slightly less/more progression to place a candidate in the opposite camp.

This is actually another key reason for keeping the participant number high, ie an attempt to reduce the natural error. Even despite these challenges in defining “Rapid Progressors” this is a good attempt at targeting, considering current scientific limitations.

We eagerly await the results in 2020.

Lets now move on to the second major trial. It could be considered more stratified.

Some MND cases have an identified gene mutation involved. Take for example, SOD1, the first identified MND gene, discovered over 25 years ago now. Gene therapy has taken a while to be developed but is now starting to show real potential after critical enabling bio-technology evolved. One potential SOD1 gene therapy, Tofersen, that has been devised and is now being trialed is to effectively “knock down” the gene’s potentially damaging process. This is from pharmaceutical company Biogen. After being first tested in mice and other pre-clinical trials, the time came, last year, to embark on human trials.

The trial of Tofersen has been taking place across the globe, and has enrolled about 100 SOD1 tested patients covering treatment and placebo. This trial, in addition to the typical criteria has the rather obvious, but very precise “objective” stratification of targeting only SOD1 carriers. The trial does also shines focus on “Rapid Progressors”, who are easier to more precisely identify, sadly, because of very specific identified fast progressing mutations within SOD1. Reducing the participation to only SOD1 identified cases vastly removes a whole wealth of disease variation, the scourge of trial logistics. It does also appear that participants who have been diagnosed longer than 2 years have been involved.

The purpose of stratification is many fold. Yes it helps reduce variance, error and potentially can lower the sample size needed but also, conversely, it could increase the number of people with MND who could potentially participate in trials.

Hold on Lee, isn’t that contradictory?

One minute you say reducing and the next increasing? How can this be?

1) It is estimated that 60% (and often more) of all MND/ALS patients are actually ineligible for any trial!

2) The 40%, or less, that are actually able to participate are effectively representative of an ‘artificial’ stratification, which you could, perhaps, call “typical” MND or ALS. This is someone who is less than 2 years post diagnosis, with at least 60% respiratory capability and no interventions such as feeding tubes etc. This is largely due to the typical life span of 3 years, and the 2 year barrier is used to ensure patients have a chance of actually completing the trial and contributing data!

I am, for example, 5 1/2 years since my diagnosis and consequently ineligible for any treatment trial worldwide currently. In fact more patients die in the first 2 years than have the chance to participate in this Goldilocks window of opportunity.  Just being informed too late of a trial can suddenly mean being outside of the criteria!! Consequently some slow and/or fast progressors who might just show a positive reaction to a drug are excluded. We are potentially a bit all over the place!

And is it at all logical to think that one treatment would work for all?

If we could more accurately interpret and measure an individual’s reaction to a drug then yes we could see more people in trials, perhaps even some who are in the latter stages of the disease. But more critically we might increase the participants who demonstrate a drug effect. We could just have been missing effective drugs for some.

This is actually in the mindset of MND scientists globally. But it is not a simple requirement. What, for example, would be these extra defining, but narrowing criteria?

One potential, and I stress potential, avenue, into this idea, is the prediction of survival/disease process by different presentation disease types. The recent paper, Prognosis of ALS patients – development of a personalised prediction model, describes the pursuit of a clinical tool that attempts to more accurately predict survival times, and by its nature could hone the individual measurement of disease in trials. It is, however in its infancy and is not yet trial-ready. The tool is strictly something that should only be used by researchers/medical doctors, for the obvious reasons.

So how could this data be used, and what sort of further data could be added to perhaps help address the challenges?

Let me dare to guess!

The genetic link to disease is becoming clearer and clearer by the day. Why are some people more vulnerable, have faster disease progression and what is it that causes some people to react differently to certain drugs? Much of this possibly lies in our individual genetic code. There might even be individual unique mutations (we all have mutations by the way!). Yes, there are the headline genes involved in disease, but there are now appearing gene variants, often rare, which might play a composite role.

Dare I suggest further that more detailed genetic typing and use of the core disease types will be possibly used in future? And in conjunction with biomarkers perhaps we will start to see the emergence of new clinical trial platforms thus honing and yes widening our targeting. 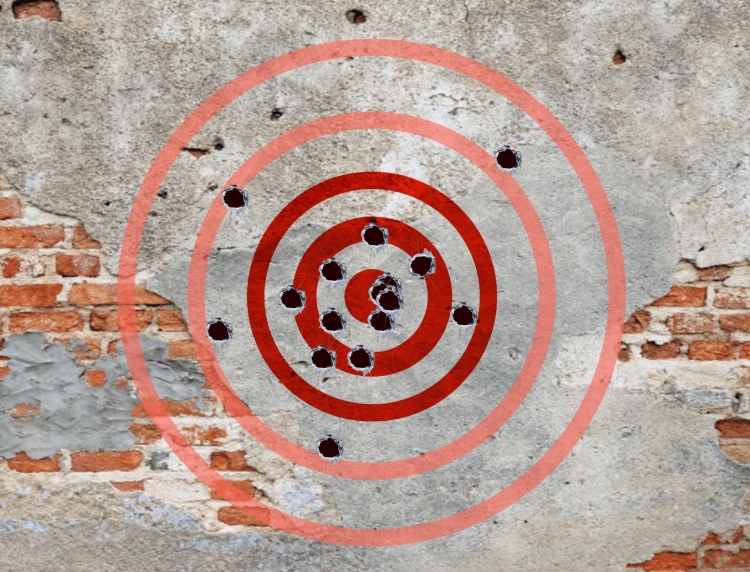 We will possibly see discarded drugs tested once again, but in very targeted groups.

Although the community would like to see such processes introduced yesterday, we absolutely cannot do so until some essential discoveries are made and their integrity verified. Until that day we have to continue to use solid and proven randomised control trial techniques otherwise we won’t make progress.

You could perhaps liken it to the computer technology used on the Space Shuttle. At the time, it was actually built on 20 year old software and hardware systems. Why? They were proven safe and reliable even despite the eventual sad loss of two craft. Computer failure was not responsible. In addition, even with space flight, general purpose computers (ie commercially available) are used. Custom building computers is vastly expensive. And the same is true for drug clinical research. Tools need to be consistent, repeatable and cost efficient. New cutting edge technology is almost never used in critical systems until proven.

Arhhh, the wonderful world of science continues……please return to my blog in the future for more exciting updates.

My next two research posts will discuss the inevitable pressure for early access to treatments, unapproved and unproven and the emerging adaptive trial platforms and their appropriateness in different drug candidates.